Hoopla titles are always available- no holds, or waiting! Libertie by Kaitlyn Greenidge will be the featured book club title, April 1- June 30, 2021. 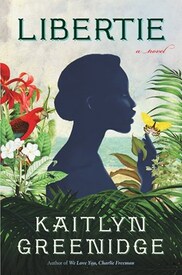 Libertie
Author: Kaitlyn Greenidge Read by: Channie Waites Genre: Literary Fiction Publisher: Algonquin Release Year: 2021 Length: 336 pages / 12h 12m The #1 Indie Next Pick for April!
A March LibraryReads Selection
The critically acclaimed and Whiting Award–winning author of We Love You, Charlie Freeman returns with Libertie, an unforgettable story about one young Black girl’s attempt to find a place where she can be fully, and only, herself.

Coming of age as a freeborn Black girl in Reconstruction-era Brooklyn, Libertie Sampson is all too aware that her purposeful mother, a practicing physician, has a vision for their future together: Libertie is to go to medical school and practice alongside her. But Libertie, drawn more to music than science, feels stifled by her mother’s choices and is hungry for something else—is there really only one way to have an autonomous life? And she is constantly reminded that, unlike her mother, who can pass, Libertie has skin that is too dark. When a young man from Haiti proposes to Libertie and promises she will be his equal on the island, she accepts, only to discover that she is still subordinate to him and all men. As she tries to parse what freedom actually means for a Black woman, Libertie struggles with where she might find it—for herself and for generations to come.

Inspired by the life of one of the first Black female doctors in the United States and rich with historical detail, Kaitlyn Greenidge’s new and immersive novel will resonate with readers eager to understand our present through a deep, moving, and lyrical dive into our complicated past.
Loved Libertie? Then try these next recommended reads. 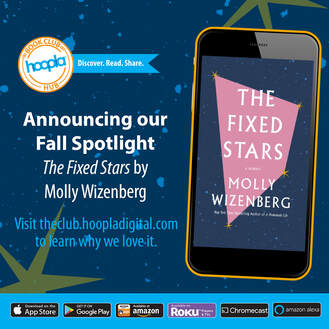 From a bestselling memoirist, a thoughtful and provocative story of changing identity, complex sexuality, and enduring family relationships.
At age 36, while serving on a jury, author Molly Wizenberg found herself drawn to a female attorney she hardly knew. Married to a man for nearly a decade and mother to a toddler, Wizenberg tried to return to her life as she knew it, but something inside her had changed irredeemably. Instead, she would discover that the trajectory of our lives is rarely as smooth or as logical as we'd like to believe.

Like many of us, Wizenberg had long understood sexual orientation as a stable part of ourselves: we're "born this way." Suddenly she realized that her story was more complicated. Who was she, she wondered, if something at her very core could change so radically? The Fixed Stars is a taut, electrifying memoir exploring timely and timeless questions about desire, identity, and the limits and possibilities of family. In honest and searing prose, Wizenberg forges a new path: through the murk of separation and divorce, coming out to family and friends, learning to co-parent a young child, and realizing a new vision of love. The result is a frank and moving story about letting go of rigid definitions and ideals that no longer fit, and learning instead who we really are.

In an Edenic future, a girl and her father live close to the land in the shadow of a lone mountain. They possess a few remnants of civilization: some books, a pane of glass, a set of flint and steel, a comb. The father teaches the girl how to fish and hunt, the secrets of the seasons and the stars. He is preparing her for an adulthood in harmony with nature, for they are the last of humankind. But when the girl finds herself alone in an unknown landscape, it is a bear that will lead her back home through a vast wilderness that offers the greatest lessons of all, if she can only learn to listen.

A cautionary tale of human fragility, of love and loss, The Bear is a stunning tribute to the beauty of nature's dominion.

A Letter from Hoopla Book Club: "Why We Love The Bear"

ALA, American Library Association Libraries Transform Book Pick is a digital reading program that connects readers nationwide by offering free access to the same ebook through public libraries.Through the OverDrive or Libby online service, patrons will have access to the the chosen book with no hold or wait times. This title is also always available on Hoopla. Follow the Libraries Transform Book Pick on Facebook and Twitter and join in the discussion on social media using the hashtag #LTBookPick.